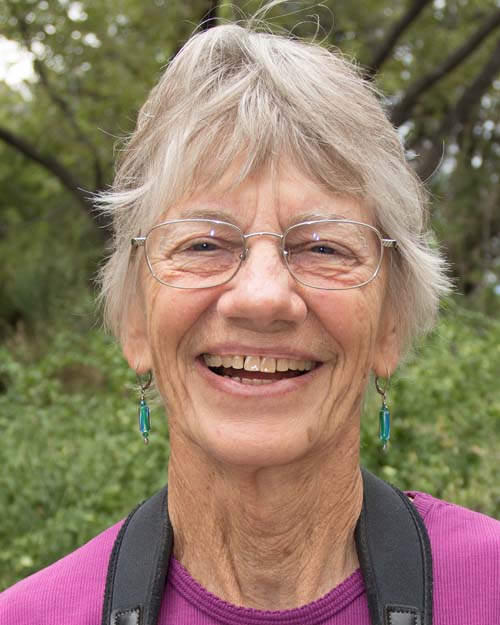 Rose Ann Rowlett (Grebe) and her brother grew up birding in Austin, Texas, where she got started during a second-grade unit on nature. Her enduring love for Neotropical birds began in 1960 when she went on her first of many birding trips to Mexico.

After graduate school in botany and ornithology, Rose Ann began guiding tours to the Neotropics in 1974, was a principal of VENT for eight years, and co-founded Field Guides in 1985. Having had a wonderful time guiding more than 300 tours worldwide, she retired in 2016, save for perhaps an occasional tour here or there. She now has more time for reading, processing birding notes, photos, and audio recordings, and traveling with her sweetie, Richard Webster; oh, and working on her "water-feature list" at their home in Portal, Arizona--it's quite impressive!