A delightful, shorter itinerary designed to stay primarily in three tented camps, giving us a chance for the more traditional safari birding and wildlife experience (and to wake up right in the middle of it all!) under Terry's expert guidance. Limited to 6.
Overview
Key Info
Triplists
Gallery

Hearing an African Fish-Eagle calling above our tents at Island Camp, watching Elephants drinking at midday from a private veranda at Samburu, and hearing Lion and Hyaena by night in Masai Mara — are all memories from our recent scouting tour of the tented camps of Kenya.

Although not entirely based in tented camps (who would really want to be in a tent in Nairobi?!) this new Wild Kenya: A Tented Camp Safari itinerary takes us to some of the wildest and most unspoiled areas of Kenya while staying in three of the best-known tented camps. These facilities are all permanent camps, with walk-in tents on raised platforms. They have proper beds, chairs, a writing desk, and wardrobe, and all have private attached bathrooms with shower, washbasin, and toilet. The advantage of these camps is that they are smaller than many of the lodges, with less crowded dining rooms and a more intimate wildlife experience. They offer a real opportunity to hear (and then see) both birds and mammals that inhabit the surrounding habitats at night; we have seen African Scops-Owl, African Wood-Owl, Common Genet, Brown Greater Galago, Tree Hyrax, and Leopard in our camps on recent tours.

When not at the tented camps, we will stay at these lodgings: the Ole Sereni Hotel in Nairobi — a modern hotel only 20 minutes from the airport and overlooking Nairobi National Park with a wealth of birds and mammals right outside the bar and dining room; Mountain Lodge, a small retreat in the forest at Mt. Kenya where the attractions are a floodlit waterhole and saltlick; Naro Moru River Lodge, with a glorious array of sunbirds in the garden; and Lake Nakuru Lodge, where the alkaline lake can attract more than one million Lesser Flamingos and the surrounding wood grasslands are home to rhino and the endangered Rothschild's Giraffe.

However, it is the tented camps on this tour that should prove to be the group favorites, with two nights at Island Camp and three nights each at Samburu Intrepids and Little Governors camps. Island Camp sits on Ol Kokwe Island in the middle of Lake Baringo. More than 500 species of birds have been recorded around the lake (which was formerly Terry's home), and we're sure to see most of the specialties of this area as we explore the lava cliffs, the acacia bush country, and the lakeshore itself. Samburu Intrepids Camp is in the Samburu Game Reserve in northern Kenya. Set amongst huge acacia and doum palm trees on the banks of the Ewaso Nyiro River, it's in a sharp contrast to the arid bushland just 200 meters away. Grevy's Zebra, Beisa Oryx, and Gerenuk are just a few of the special mammals here, while birds vary from giant Somali Ostrich to tiny crombecs and penduline-tits. Guineafowl, raptors, bustards, sandgrouse, mousebirds, hornbills, bushshrikes, starlings, sunbirds, and weavers are all common throughout the reserve. Finally we'll fly to and from Little Governors Camp in the famed Masai Mara Game Reserve. Here, on the plains that have become so famous from numerous wildlife documentaries, we'll travel by specially adapted 4x4 Landcruisers as we discover Lion, Leopard, Cheetah, hundreds of hippos in the Mara River, perhaps a Black Rhino, and a wealth of buffalo, zebra, antelopes and gazelles. Birding highlights should include Saddle-billed Stork amongst a wide variety of waterbirds in the oxbow lakes, with Secretary-bird and Southern Ground-Hornbill on the plains, perhaps up to five species of vultures at a Lion kill, Schalow's and Ross's turacos in the forest, Silverbird in the acacia scrub, and colorful Red-cheeked Cordon-bleus and Purple Grenadiers in the grasslands.

Our Wild Kenya; A Tented Camp Safari is limited to just six participants plus guide Terry Stevenson and his driver-guide John Ngige. It should be a fabulous adventure.

Client comment
"I selected this trip because of the guide, Terry Stevenson. Traveling with him is always the best. I have now traveled with Terry four times. And I hope I can do it again. Your office service was outstanding. As usual." K.B., WILD KENYA: A TENTED CAMP SAFARI 2019

Other Tours in KENYA

Jul 31 - Aug 15, 2021
Guided by: Terry Stevenson
Tour Manager: Sharon Mackie
Tour Limit: 6
Status: Open - Space is still available on this tour, and we are accepting provisional bookings. No deposit is required until you receive the itinerary. Click below to book space.
Tour Fee: $10775
Deposit: $1075
REQUEST SPACE OR MORE INFO

Aug 16-31, 2021
Guided by: Terry Stevenson
Tour Manager: Sharon Mackie
Tour Limit: 6
Status: Open - Space is still available on this tour, and we are accepting provisional bookings. No deposit is required until you receive the itinerary. Click below to book space.
Tour Fee: $10775
Deposit: $1075
REQUEST SPACE OR MORE INFO

Jul 30 - Aug 14, 2022
Guide: TBA
Tour Manager: Sharon Mackie
Tour Limit: 6
Status: Waitlisted - The itinerary has not been finalized for this tour. The trip has provisionally filled but, if you are interested, we can waitlist you for the trip. As we do not require deposits until the itinerary and price are finalized, we often have folks drop off a tour when the deposit is required, and so space opens up! Click below to be waitlisted for this tour with no obligation; if you are waitlisted, we will also notify you in case of an added departure of this tour.
Tour Fee: Fee TBD / 2021=$10775
REQUEST WAITLIST OR MORE INFO

Enjoy looking through the 2 most recent Field Guides triplists for this tour linked below! 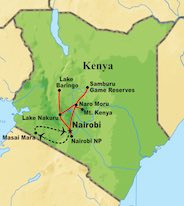 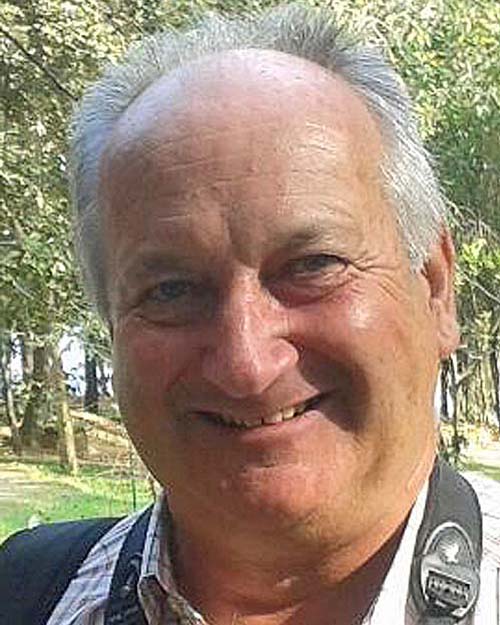