A tour for numerous specialties from Central Florida south to the Keys and Dry Tortugas.
Overview
Key Info
Triplists
Gallery

Florida is one of the more interesting places to bird in the country at most times of the year, and springtime adds yet another dimension to its greatness. This is the time of year when waves of birds are coming through Florida en route to their breeding grounds to the north, while many of Florida's breeders are at the peak of their nesting activity. South Florida is also the northern limit of the ranges of quite a few species that otherwise don't reach the continental United States, including Antillean Nighthawk, Mangrove Cuckoo, White-crowned Pigeon, and Black-whiskered Vireo. We will target these tropical specialties during our time in the southern part of the state.

A highlight of the tour, of course, will be a day trip to the Dry Tortugas. We will have a few hours on the open ocean looking for warm-water birds such as Audubon's Shearwater, and we could even get lucky with something like an elegant White-tailed Tropicbird. The crossing also offers great opportunities for spotting sea turtles, and there is a potential for other warm-water fauna as well. Once we get out to Fort Jefferson on Garden Key, it will be bird mayhem, with tens of thousands of Brown Noddies and Sooty Terns, and hundreds of Magnificent Frigatebirds. We will bask in the spectacle of huge numbers of breeding seabirds while we parse through them looking for the uncommon Bridled Tern and the very rare Black Noddy. If we can pull ourselves away from that spectacle, we will also get to search the areas around the fort for landbird migrants that use the Tortugas as a critical oasis on their northward journey.

During the rest of our time in the state, we will survey a variety of habitats for species such as Red-cockaded Woodpecker in the longleaf pine flatwoods, Snowy and Wilson's plovers along the sandy beaches and tidal mudflats of the west coast, Fulvous Whistling-Ducks, Snail Kites, and Limpkins in the apple-snail-rich wetlands of the Orlando area, and the endemic Florida Scrub-Jay in remnant patches of scrub habitat.

Whether it's spring migrants pouring through the oases of South Florida, the chance of a wayward vagrant from the West Indies, watching the pine flatwoods come to life as the sun rises, or taking in the spectacle of huge breeding colonies of terns, frigatebirds, or storks, this tour has something for everyone.

Client comment
"I've had great prior experiences with Field Guides. I had never birded in Florida and wanted to see Florida specialties, in particular. The tour was terrific. The group was relaxed and cordial in general. I thought folks made an effort to cooperate and look out for one another. I enjoy meeting people from other areas. Doug Gochfeld and Jesse Fagan are both superb birders and work well together. They are organized and tactful and encouraging with all the participants. As always, I saw and learned so much and had a great time doing it. The office service was helpful and courteous. I've always been impressed with Field Guides office staff." A.B., FLORIDA 2019

Apr 29 - May 8, 2023
Guided by: Jesse Fagan & second guide TBA
Tour Manager: Christine Boilard
Tour Limit: 14
Status: Open - This tour has enough participants registered to insure its operation, but it is not yet full. Click below to book one or more spaces.
Tour Fee: $4325
Deposit: $425
REQUEST SPACE OR MORE INFO 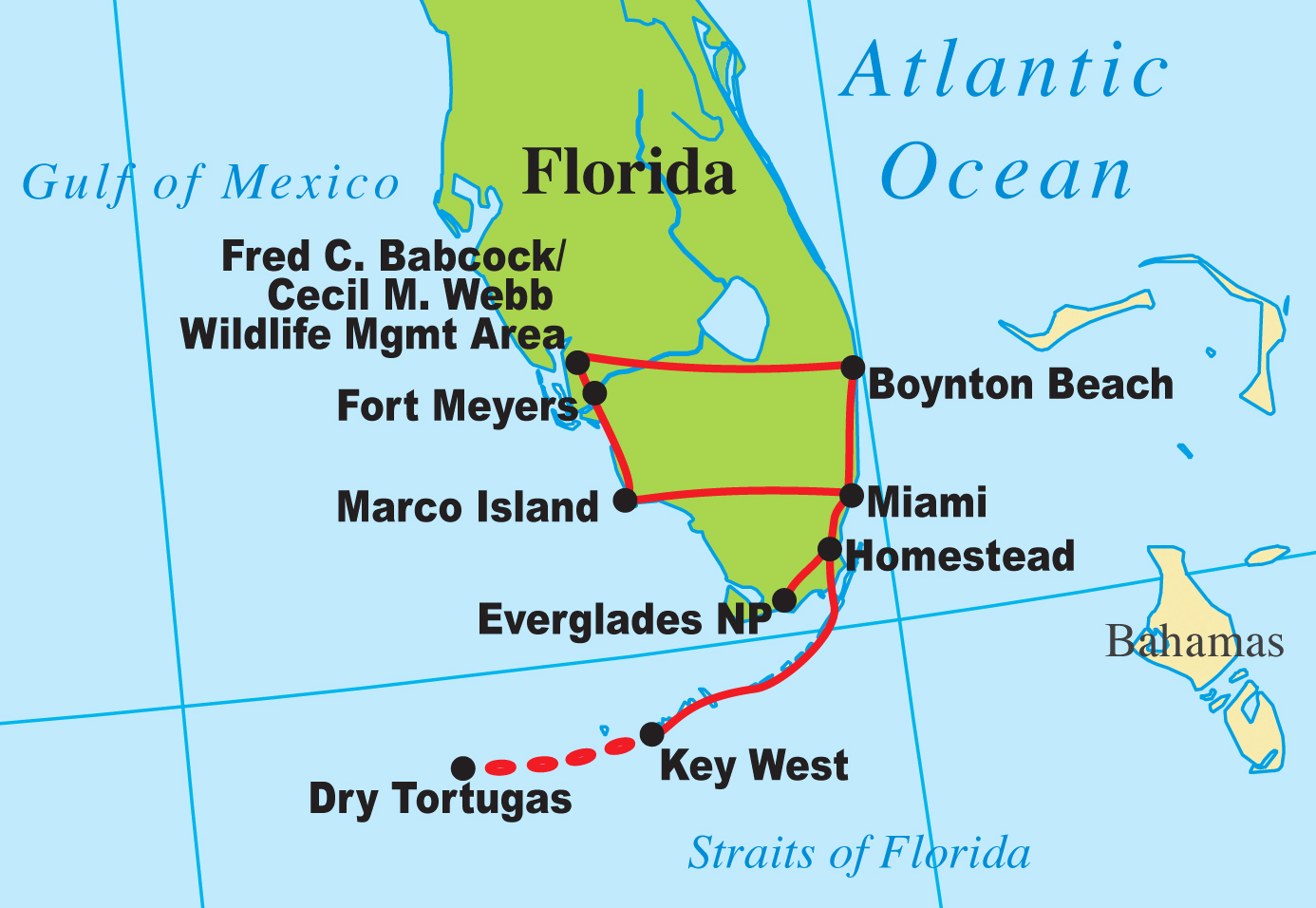