The Mouth of the Mighty Amazon

A two-week birding tour through diverse habitats around the mouth of the mighty Rio Amazonas as we seek most of the endemics of lower Amazonia and lots of flashy parrots and cotingas.
Overview
Key Info
Triplists
Gallery

The mouth of the Amazon River is one of the most geographically complicated regions of the entire basin. It is, of course, a vast area as well, encompassing dozens of islands and enormous tracts of seasonally flooded forests bounded all around by terra firme forest that is, unfortunately, being steadily reduced under increasing human pressure. We will see all of this during our two-week birding swing through four select stops designed to give us a chance at finding almost all of the (many!) species of birds endemic to this region of Amazonia.

We'll start our tour at the city of Belem, capital of Pará state, with some world-class birding in areas close to the city to get us acclimated to the weather of the Amazon. Here we hope to find specialties such as the Hooded Gnateater, Vulturine Parrot, Dusky Parrot, Opal-crowned Manakin, and Crimson-hooded Manakin to whet our appetite for some of the many range-restricted birds we are likely to find on this tour. We will explore some river Islands around the city of Belem, and then a chartered flight will take us to Mexiana Island, affording fantastic views (with reasonably clear weather, of course!) of the intricate network of waterways and islands that comprise the Delta Amazonas region. Mexiana Island is set right on the Equator at the confluence of the Amazon and the Atlantic Ocean. We'll spend a full day exploring the island as we search for specialties such as Blackish-Gray Antshrike, Crimson-hooded Manakin, Scaled Spinetail, White-bellied Seedeater (endemic subspecies mexianae), and Ruddy-breasted Seedeater, which has a fairly small distribution in Brazil.

Then we'll swing well south to the remote Carajas National Forest, an uplifted region where one of the largest iron-ore mines in the world is surrounded by unbroken forest. In this area, the open habitats of northeastern Brazil give way to the rainforests of lower Amazonia, with a corresponding mixture of elements in the avifauna. Impressive forested ridges surge upward from the lowland plain, making for some spectacular scenery as well. This area is particularly well endowed with parrots and cotingas. Among the birds we could see are six species of macaws (including Hyacinth, here in rainforest habitat), the beautiful Jandaya Parakeet, the very local Pearly Parakeet, and the stunning Red-fan Parrot, two species of bellbirds, and the beautiful Purple-breasted Cotinga and range-restricted White-winged Cotinga . A few of the other exciting bird possibilities are Brazilian Tinamou; White-crested and Rusty-margined guans; Bare-faced Curassow; Russet-crowned Crake; Rufous-necked Puffbird; Red-necked Aracari; Dusky-billed and "Carajas" woodcreepers; Curve-billed Scythebill; lots of ovenbirds and antbirds, including the rarely seen Black-bellied Gnateater (a gorgeous bird); the ultra-rare Black-chested Tyrant; Black-and-white Tody-Tyrant, the spectacular, endemic White-tailed Cotinga; White Bellbird (represented by the subspecies wallacei, known only from Carajas); and the little-known Guianan (Para) Gnatcatcher.

Not to overdo it, but it is worth mentioning that Harpy Eagle is a realistic hope in the Carajas area; if the local nest is active, we may have incredible views of this bird! We should also see a variety of exciting mammals in these forests. Our forest birding will be complemented by a couple of final days in estuarine habitats east of the delta of the Amazon. Exploring this geo-morphologically dynamic coastline, characterized by mangrove peninsulas crossed by tidal channels, with smaller areas of flooded saline campos and coastal restinga forest, we will search for Little Wood-Rail, Mangrove Cuckoo, Plain-bellied Emerald, among many other birds, and hope to see impressive flocks of Scarlet Ibis.

Client comment
"I chose this tour because I wanted to go to a different part of the 'bird continent' and my friend recommended it. The tour was excellent. Guide Marcelo Padua was exceptional. And he made sure each of us got on the bird." A.L., PARROTS & COTINGAS: THE MOUTH OF THE MIGHTY AMAZON 2019

Jul 30 - Aug 12, 2021
Guided by: Marcelo Padua
Tour Manager: Caroline Lewis
Tour Limit: 8
Status: Waitlisted - The itinerary has not been finalized for this tour. The trip has provisionally filled but, if you are interested, we can waitlist you for the trip. As we do not require deposits until the itinerary and price are finalized, we often have folks drop off a tour when the deposit is required, and so space opens up! Click below to be waitlisted for this tour with no obligation; if you are waitlisted, we will also notify you in case of an added departure of this tour.
Tour Fee: Fee TBD
REQUEST WAITLIST OR MORE INFO 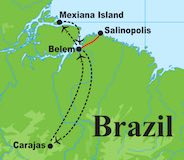 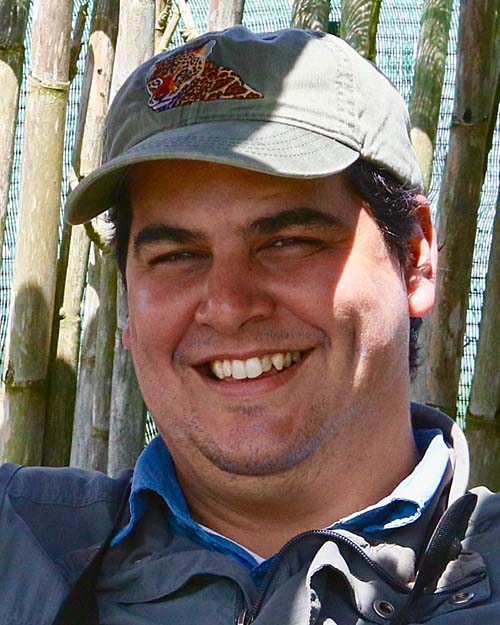 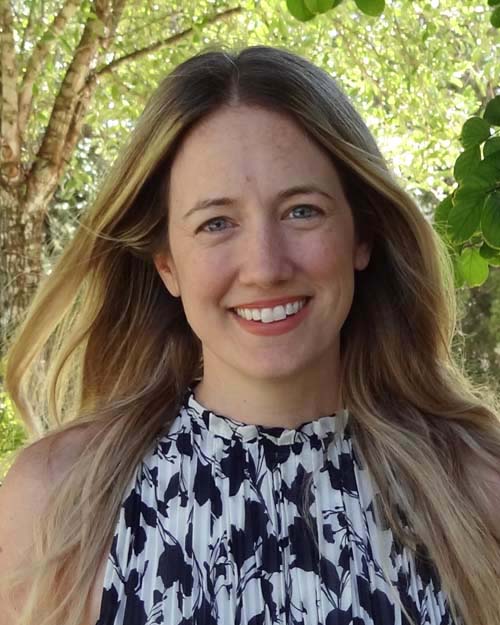