On the Rio Roosevelt by guide Bret Whitney

Birding the River of Doubt

A birding adventure on the remote Rio Roosevelt in the spirit of Teddy himself, as we search for bushbirds, ant swarms, up to 10 species described to science only in 2013, and, of course, the unknown.
Overview
Key Info
Triplists
Gallery

"On February 27, 1914, shortly after midday, we started down the River of Doubt into the unknown. We were quite uncertain whether after a week we should find ourselves in the Gy-Parana, or after six weeks in the Madeira, or after three months we knew not where." So wrote Theodore Roosevelt to open Chapter VIII of his book, Through the Brazilian Wilderness, a remarkable diary of his experiences and survival traversing an uncharted sector of the vast Amazon basin. Nearly 100 years later, the Rio Roosevelt, as it is now called, remains one of the most pristine rivers in Amazonia, coursing through hundreds of kilometers of undisturbed forest. The river is as inaccessible as it was in Roosevelt's day--except for one point in far southern Amazonas state just above the Mato Grosso border: the beautiful Pousada Rio Roosevelt. We're ready to take you birding there!

The pousada was founded a few years ago to cater to sport (catch-and-release) fishermen looking to get into some of the best fishing in the Amazon. The owner has also invited a number of birding tour companies to visit the pousada, hoping to attract birders looking to get into remote wilderness and some of the best birding in the Amazon--folks like us! The pousada is a small, exclusive place, featuring six cabanas with AC and private bathrooms with hot water, and a great bar and kitchen. In short, it's a truly luxurious headquarters for a week of exciting birding--Teddy would have sooo loved it!

The Roosevelt fringes the far upper Madeira-Tapajos interfluvium, a poorly known region replete with endemic species (and even more subspecies) of birds. Some of these make it east to the upper Tapajos basin around Alta Floresta (e.g., Black-girdled Barbet, Snow-capped Manakin, Tooth-billed Wren), but others are more restricted, such as Hoffmann's Woodcreeper, Rondonia Bushbird (still not 100% confirmed to occur around the pousada), White-breasted Antbird, Pale-faced Antbird, Black-bellied Gnateater (what a BIRD!), and Buff-cheeked Tody-Tyrant. An excellent system of trails on both sides of the river, fishing boats with good motors and trusty local guides who know the bends and rapids, and a canopy tower combine to give us everything we need to seek all the specialties and a fantastic list of other birds and mammals. Speaking of which, Jaguar and Giant Otter are seen fairly frequently along the river near the pousada, several species of primates occur in the area, and Bret and colleagues recently described, in the final, Special Volume of The Handbook of the Birds of the World (published June 2013) fifteen new species of Amazonian birds, ten of which we have a chance of finding on our tour! (See link to descriptions of these new species below.)

But that's not all. The tour starts in Porto Velho, capital of the state of Rondonia, on the east bank of the great Rio Madeira. Thus, we'll jump out of the blocks with three days of birding along the Madeira, longest tributary of the Amazon and a major divider of avian populations in the Amazon basin. We'll strive to see the difficult Ocellated Crake and a large number of other species that do not occur on the Rio Roosevelt.

To get yourself primed for this tour, read Candice Millard's The River of Doubt: Theodore Roosevelt's Darkest Journey (and Teddy's first-hand account, cited above, if you're really into it), check out the pousada's website online, then join Bret and a small group for a fantastic journey to the Rio Roosevelt that's sure to be fun: no doubt about that!

Client comment
"An excellent tour. One of the best so far. I prefer Field Guides to most other companies because the focus on birds is world-class and unparalleled AND you elevate all the other things I care about -- culture, history, food, environment, experience, people, etc. Bret Whitney and Marcelo Barreiros are wonderful ambassadors for Brazil. That makes an enormous difference." W.M., BRAZIL'S RIO ROOSEVELT 2019

Jun 10-25, 2023
Guided by: Bret Whitney
Tour Manager: Ruth Kuhl
Tour Limit: 8
Status: Open - Space is still available on this tour, and we are accepting provisional bookings. No deposit is required until you receive the itinerary. Click below to book space.
Tour Fee: $10250
Deposit: $1025
REQUEST SPACE OR MORE INFO

Jun 15-30, 2024
Guided by: Bret Whitney
Tour Manager: Ruth Kuhl
Tour Limit: 8
Status: One space available - Space is still available on this tour, and we are accepting provisional bookings. No deposit is required until you receive the itinerary. Click below to book space.
Tour Fee: Fee TBD / 2023=$10250
REQUEST SPACE OR MORE INFO 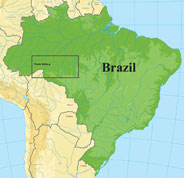 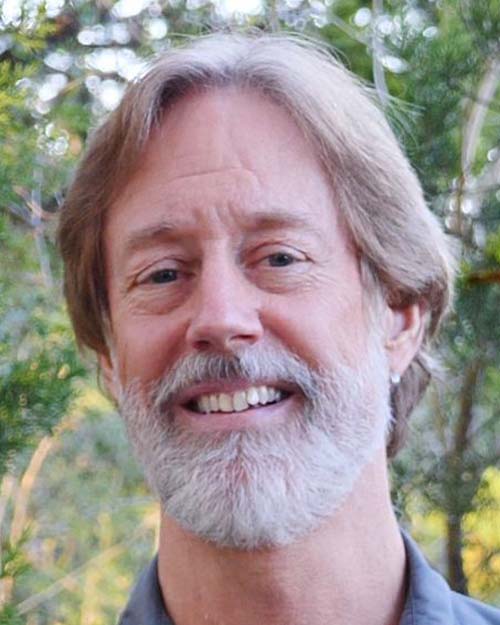