Spotting the first bird at dawn, by guide Bret Whitney

Blue-eyed Ground Dove and Beyond

This itinerary visits a rich region of Brazil not covered on our other tours, one replete with rarely seen endemics and the recently rediscovered Blue-eyed Ground Dove!
Overview
Key Info
Triplists
Gallery

After more than 50 years without a record, "Ol' Blue-eyes" is BACK! Nooo, we're not talking about Frank, but trumpeting the encore of a species feared perhaps gone forever. It's the Blue-eyed Ground Dove, alive and, well, pretty well. How would you like to meet this marvelous little columbid, and to help make it better, stronger, and living longer? You can bet Field Guides is fully on-board with that, and we're delighted to announce that we're ready to draft a few enthusiastic tour participants for a birding trip extraordinaire through the wilds of Minas Gerais — the only known stronghold of the Blue-eyed Ground Dove — and beyond. We'll be privileged to visit the new, critically important reserve created by the collaborative effort of SAVE Brasil and Rainforest Trust to protect the ground dove and numerous other rare and localized birds and plants inhabiting the ancient, rocky uplands of eastern Minas.

From there, it's all downhill (literally, not figuratively) as we wend our way westward into the vast valley of the Rio Sao Francisco, the most important river (biogeographically and socio-economically) in eastern Brazil. Expect to tally a bunch of rarely seen endemic species, the likes of Bahia Nighthawk, Golden-capped Parakeet, Chestnut-capped Foliage-gleaner, Moustached Woodcreeper, Silvery-cheeked Antshrike, Caatinga Antwren, Caatinga Black-Tyrant, Minas Gerais Tyrannulet, Reiser's Tyrannulet (both tyrannulets very poorly known birds), Scarlet-throated Tanager, Sao Francisco Sparrow, and, if there are adequate flowers in bloom, possibly the newly described Dry-forest Sabrewing. In the state of Goiás, among the abundant waterfalls and caverns of Terra Ronca State Park, we'll search for the gorgeous but rarely seen Pfrimer's Parakeet, while in the unspoiled cerrado and riparian woodlands of Chapada dos Veadeiros National Park, we'll look and listen for Dwarf Tinamou, Ocellated Crake, Yellow-faced Parrot, and the unpredictable Russet-mantled Foliage-gleaner, among many others. In open habitats, we'll keep eyes peeled for iconic mammals like Giant Anteater and Maned Wolf, the latter quite rare but possible.

Building on a star-studded first week, we'll head straight into another one. The relatively small state of Tocantins, west of Minas Gerais, is Brazil's newest state, and one few tourists have visited. The dominant geographic feature there is the great Rio Araguaia, which marks a gateway to Amazonia. We'll settle in for several days at a private, family-run fazenda (huge ranch) on the Araguaia that is peaceful, comfortable, and superbly birdy. Those of you who have birded the Pantanal will immediately be reminded of that wonderful place as we roll through the landscape in the back of elevated trucks and take boat trips on the river. Unlike the Pantanal, however, the Araguaia harbors some endemic species of birds, including Bananal Antbird, Crimson-fronted Cardinal, and a highly distinctive spinetail that has not yet been described to science. Finally, not far from Brasilia, we'll search for Kaempfer's Woodpecker, a little-known species dwelling in extensive bamboo thickets and known only from the interface of cerrado and Amazonia in central Tocantins — a grand finale indeed!

Client comment
"I chose Field Guides because of their reputation as an excellent bird touring company. It was a great tour! I loved the places we went and the birds we saw The participants were very nice and really enjoyable to be with. The guides, Bret Whitney and Marcelo Barreiros, were excellent and I learned a lot about the birds and places we went to. The office service was great." S.B., BRAZIL: MINAS GERAIS & TOCANTINS 2019

May 11-27, 2024
Guided by: Marcelo Barreiros
Tour Manager: Ruth Kuhl
Tour Limit: 8
Status: Open - Space is still available on this tour, and we are accepting provisional bookings. No deposit is required until you receive the itinerary. Click below to book space.
Tour Fee: Fee TBD
REQUEST SPACE OR MORE INFO

Enjoy looking through the 2 most recent Field Guides triplists for this tour linked below! 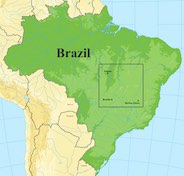 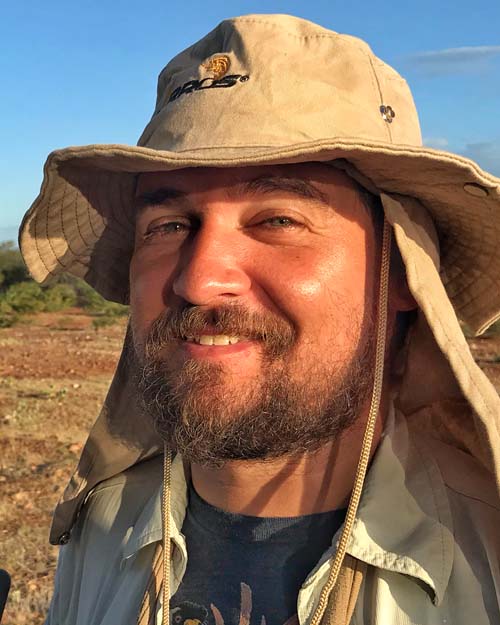